Hot off the presses

Hey, hey, it’s Friday! We hope your week was productive and fulfilling. To end the working week on a very good and happy note, we’re sharing some of the most exciting and fresh headlines in beauty, fashion, and lifestyle. Just to give you an idea, we will give you the lowdown on BTS’s runway debut with Louis Vuitton, Shiseido’s new version of the ULTIMUNE serum, and Marvel Studios’ first animated series. Excited? Then read on to know more.

BTS made its fashion debut with Louis Vuitton’s Menswear Fall-Winter 2021 spin-off collection fashion show in Bucheon, South Korea on 7 July. The motion-picture fashion show was directed by Jeon Go-woon and showcased 41 different looks. As the brand’s new global ambassadors, each member wore a unique travel-inspired outfit designed by artistic director Virgil Abloh. Watch the video above to see the Butter singers’ runway debut and a look at the other pieces in the collection.

Meet the third edition of the &REA by Love, Bonito collection

Singaporean brand Love, Bonito teams up once again with content creator Andrea Chong for a third instalment to the &REA by Love, Bonito collection. As a new mum, Andrea wanted to create easy and fuss-free cottagecore-esque apparel that you can wear for WFH or out in the park. The new range will be released in two drops — the first on 14 July and the next in August — with prices ranging from ~USD32.44 to ~USD51.65 on lovebonito.com and in stores in Singapore. 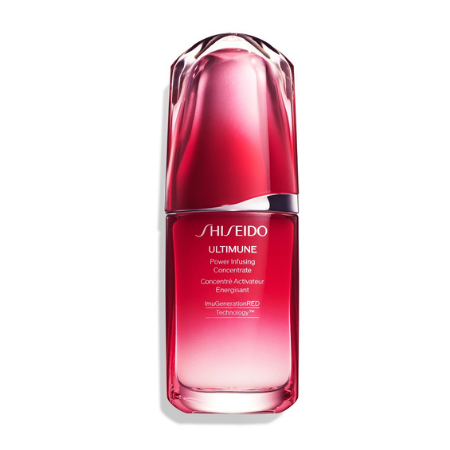 Over in the beauty world, Shiseido’s best-selling ULTIMUNE serum gets its second revamp. It is now powered by The Lifeblood Research™ technology that boosts the skin’s immunity by stimulating blood circulation. With the aim to improve the skin’s radiance, resilience, and smoothness, the new formula contains Japanese heart leaf plant extract and fermented roselle extract with lactic acid that work together to improve your overall complexion. The new SHISEIDO ULTIMUNE is now available in Singapore, Malaysia, and the Philippines at SHISEIDO counters and retailers as well as on the Sephora Singapore website. 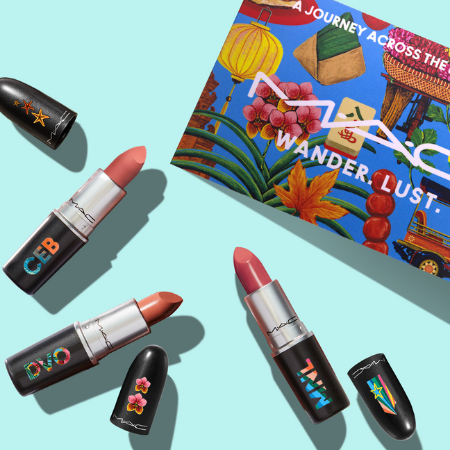 ~USD68.07 for the set of three lipsticks

Inspired by three bustling cities in the Philippines, the MAC Cosmetics WANDER.LUST collection includes three bullet lipsticks with bespoke packaging designed by Filipino graphic designer Raxenne Maniquiz. You can get to choose from MAC’s best-selling shades: Mehr for Manila (mauve pink matte), Mull It Over for Cebu (dirty peach in powdery matte), and Taupe for Davao (reddish brown matte). The collection will later expand to represent 18 other cities in Asia, with packaging also designed by Raxenne. The MAC Cosmetics WANDER.LUST collection (Philippines) will launch on 13 July at MAC Cosmetics Philippines' Lazada store.

Fresh from his Cannes Film Festival appearance for his latest film Annette, American actor Adam Driver was announced as the face of Burberry’s upcoming men’s fragrance that is set to launch in August. The new fragrance is the first scent created by Riccardo Tisci for Burberry as the brand’s new creative director. As a quick recap, Adam is known for his starring roles in the Star Wars franchise and Netflix’s Marriage Story. He also wrapped up filming for The House of Gucci — in which he stars alongside Lady Gaga — earlier this year.

For those who are interested in upgrading their Switch models or have been waiting to splurge on the console, Nintendo just unveiled the upcoming upgrade to the gaming device. The new Switch will feature a bigger OLED screen, a wide adjustable kickstand, and improved speakers. The announcement showed a minimalist all-white Switch dock and joycons — a first for the console. You’ll have to wait a little bit longer though as it will only be available worldwide come 8 October this year.

Marvel Studios’ What If…? to premiere this August

Ever wondered what would happen if Peggy Carter was Captain America? Or if there were zombies in the MCU? All that and more will be explored in Marvel Studios’s first-ever animated series What If…? which is set to arrive on Disney+ on 11 August. Directed by Bryan Andrews with AC Bradley as head writer, the show creates a multiverse of possible storylines for various characters in the MCU franchise. Excited to see what’s in store? Watch the show’s trailer above.

Yup, that's enough to keep us occupied for the weekend. Which news bit is your fave?

Catch up on all things fashion, beauty, and lifestyle here.
READ MORE ON THIS TOPIC
RELATED STORIES
fashion . Feature