How has your week been? Before greeting the weekend with open arms, be sure to check out our round-up of the hottest headlines in beauty, fashion and entertainment that you should know now. Read on as we reveal details on the number one women’s fashion product of this quarter (hint: It’s from Prada) as well as Japanese beauty brand SENKA’s new limited-edition series featuring fictional character Rilakkuma.

Will this be the most talked-about music collaboration of 2021? Only time will tell. Earlier today, popular EDM artist DJ Snake dropped the official music video for his latest track SG, which has a stellar line-up comprising Puerto Rican singer Ozuna, rapper Megan Thee Stallion and BLACKPINK’s Lisa. The music video for SG, which is short for 'Sxy Girl', has already received over seven million views as of writing. 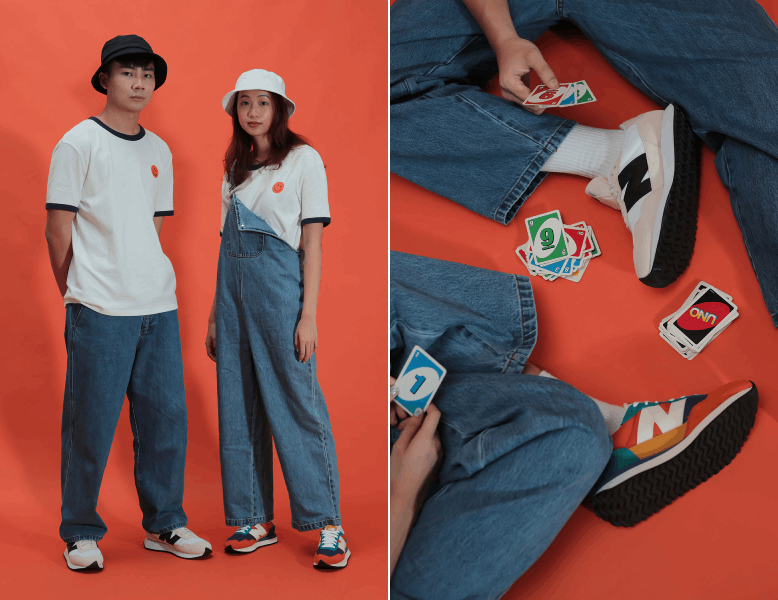 New Balance Singapore has collaborated with Singaporean apparel brand Arcade Clothing for the latter’s anniversary collection titled Flashback. The collection pays homage to the 90s and features bright colours, raglan tops and denim bottoms. The retro-inspired looks are paired with the New Balance 237, which retails for ~USD86.78 and is currently available at New Balance Experience and Lighthouse store, Zalora and newbalance.com.sg. Click here to view the lookbook.

TOD’S has partnered with Club Rainbow (Singapore) for a Charity Shopping Week from 22 October to 29 October, where part of the sales proceeds will be donated to help children with chronic illnesses and their families. The shopping event will be held at the TOD’S boutique at The Shoppes at Marina Bay Sands Singapore, which is located on #B1-81.

Global fashion shopping platform Lyst recently revealed its ranking of fashion’s hottest brands and products for Q3 2021. After taking into account Lyst shopper behaviour, including conversion rates and sales, along with other insights such as Google search data and social media mentions, it found that the Prada raffia tote bag was the hottest women’s product of Q3 2021, followed by the Versace Medusa Aevitas platform pumps and Bottega Veneta Terry slides. Lyst shared that “the raffia style captured shoppers’ imaginations” and “also aligns with the TikTok craze for crochet, as trends continue to emerge from social media first.”
Brands ranking-wise, Balenciaga emerged as the number one brand for Q3 2021 — a spot previously held by Gucci, which has slipped to second place. Lyst cited Balenciaga’s return to haute couture, as well as its partnership with Kanye West for the rapper’s Donda album launch as the key reasons behind its popularity.

Japanese virtual reality company 1SEC has “employed” Adera, Japan’s first virtual human, inside clothing brand Ameri Vintage’s store at Lumine Shinjuku 2 in Tokyo, Japan. The virtual human is equipped with One AI, an AI dialogue platform that enables face-to-face conversations. The brand’s move towards introducing a virtual human into its store is to encourage people to visit shops as “store traffic has slowed amid the coronavirus pandemic, while also injecting new life into the apparel industry.” What are your views on virtual humans?

Contemporary fashion label Emotionally Unavailable, which is founded by rapper Edison Chen and designer Kybum Lee, has launched a collection in collaboration with Netflix’s most popular show to date, Squid Game.
Now available pre-order via Netflix’s website, the range includes a selection of t-shirts, hoodies and hats. Expect to see elements such as Emotionally Unavailable’s dripping heart logo, the Dalgona candy and the Red Light, Green Light doll being featured across the collection. Unfortunately for us, the collection’s only available to customers based in the United States. Netflix Shop has shared that it intends to expand to other countries in the near future, though, so we’re remaining hopeful that we’ll get first dibs on similar collabs sooner than later.

Japanese face and body care brand SENKA has launched a trio of limited-edition Perfect Whip Cleansers — in Original, Collagen-In and White Clay — featuring adorable fictional character Rilakkuma. To celebrate the launch of the collection, SENKA is offering a 20% discount on its limited-edition cleansers at Watsons stores in Singapore and on Watsons.com. Shoppers will also stand to receive a complimentary Rilakkuma Eco Bag with the purchase of any two Rilakkuma cleansers. The SENKA Limited-Edition Rilakkuma Perfect Whip Cleanser is priced between ~USD5.76 and ~USD6.49.
Which is your favourite headline for the week?
(Cover photos from: @djsnake and Arcade Clothing)

Decompress during the weekend with these healing Asian films and TV shows.

Three Ways To Create With Adidas

What We Love About Being Malaysian

The Best Places To See The Singapore F1 Night Race