Why Hair Is A Potent Act Of Defiance

The long and short of hair protest

In this series, we explore how beauty has played a role in meaningful and empowering movements that helped to shape our world today.

“It’s just hair” is a statement that’s both true and false. From one perspective, it’s true that hair is just a bunch of keratin that you can cut off without feeling any sort of physical pain and will just grow back over time. But on the other hand, hair carries meaning beyond its physiological properties.

If hair is just hair, then no one would have been astounded when Frida Kahlo made a self-portrait of herself with a cropped cut, her thick signature long locks scattered all over the place. At the top of the painting were the lyrics of a popular Mexican song, “Look, if I loved you it was because of your hair. Now that you are without hair, I don’t love you anymore.” It isn’t just a portrait of someone who happened to have given herself a haircut, it’s a portrait of a woman who’s hurting after a painful separation, longing for a fresh start and a new identity.

This one portrait encapsulates how hair isn’t just a collection of tough protein, it’s a signifier of beauty, of one’s status, and one’s individuality. It’s an undeniable truth that your hair’s appearance, or the lack of it, is a powerful visual — enough to incite emotion, action, awareness and even start political movements.

How politics and hair are intertwined

It’s a challenge to pinpoint exactly when hair became a political tool but it’s known that as far back as the 18th century, hair was used to make subtle statements about one’s position about societal issues. Marie Antoinette, the last queen of France, held political power through her appearance — notably her hair — which on occasion were adorned by model ships to celebrate French naval victory.

Her big, outlandish hairstyles were also said to have contributed to the French Revolution because they became a symbol of inconsiderate conspicuous consumption while many of her subjects were starving. When she posed with a simple hairstyle for a portrait, Marie Antoinette was criticised for potentially causing the economic fall of French fashion industries and it was seen as “national degradation”. Whatever she did with her hair, it would have an impact. Who knew that one’s hair can have so much influence?

The birth of the bob and its lasting influence

A little more than a century after Marie Antoinette created waves of hair-related political controversy, another hairstyle would incite widespread shock from society — the bob haircut of the 1920s. Before the decade, women’s hair was expected to be long. It can be styled to be worn up, but its preferred length is always long, a symbol of prestige and femininity. Hair was even used to make art and was sometimes sent to lovers as a sign of affection. So when women began cutting their hair into a trendy bob, it caused a scandal.

The popularity of the look is attributed to ballroom dancer Irene Castle. But when she cut her hair short, Irene didn’t intend to start a new trend. In fact, she did so in preparation for an appendectomy. After her recovery, she debuted her short locks on the dance floor and it became a hit among young ladies. Eventually, women were going to barbers to get the haircut when women’s hairdressers refused to do so, an act which was seen as an “intrusion of male space”.

Women’s hair being short was such a shock that some fathers ended up suing barbers who cut their daughter’s hair. Ladies who wanted to get the bobbed look were warned left and right of its consequences. F. Scott Fitzgerald, author of The Great Gatsby, also wrote Bernice Bobs Her Hair, a cautionary tale about a young woman who was ostracized, lost her friends, was no longer attractive and considered “cheap” because she was tricked into getting a bob haircut.

Soon, what was just a trend became a symbol of defiance against gender norms because of the reaction it got. The bob haircut became part of the “flapper look”, an aesthetic that young women who wanted to rebel from societal’s feminine expectations adopted. Today, even though the bob is already seen as a mainstream hairstyle, its empowering disruptive message lives on. Women who want to assert independence from patriarchal standards still use hair to send the message. A recent example comes from the Me Too Movement, when Rose McGowan, sick of being treated by Hollywood as a “fantasy toy”, shaved her head as a “battle cry”. She has since kept her hair short.

Shaving hair to make a statement

Shaving women’s hair isn’t always to protest gender norms. It’s also used to make political statements and it’s always effective in spreading awareness as it guarantees media attention. In the Philippines, there have been several instances of women shaving their heads as a form of protest. In 2015, nine women shaved their heads to decry the loss of priority status of a land reform which was eventually given priority after the protest.

In some cases, shaving hair isn’t about anything political but more of a way to create awareness about diseases and as a way to destigmatize loss of hair during its treatment. In Singapore, when three high school girls who shaved their hair for a charity and refused to wear wigs, they were reprimanded, but the silver lining came when the media attention it got resulted in awareness for the charity Hair For Hope and the work they do.

The reason why shaving women’s hair is effective in making a statement is the same reason why the bob once created a scandal — the expectation of women having long locks is violated.

Embracing hair as a form of protest

Sometimes, protesting with your hair isn’t always about cutting it, in other cases it means embracing it to its fullest. Black Is Beautiful, a social movement in the 1960s that aimed to dispel stereotypes that black features such as dark skin and kinky hair were ugly gained momentum by encouraging African Americans to wear their hair naturally.

A similar modern movement is also gaining momentum. The Curly Girl Movement and its signature Curly Girl Method are creating a space in which curly-haired girls can feel safe in embracing their natural locks which are often ridiculed especially in Southeast Asia where straight hair is considered to be the most beautiful.

(Photo from: Nada Hanifah via Unsplash)

Likewise, the Hijab-Free Movement is another campaign that’s becoming popular in the region despite its controversy. Malaysian activist Maryam Lee said that it’s all about choice and not the vilification of the hijab. “What people need to understand is that the hijab can be both liberating and oppressive, depending on the situation and context. The problem is not the hijab per se, but the social conditions that compel a woman into or out of her hijab,” she wrote in her book Unveiling Choice. “Muslim women, hijabi or not, in considering whether the hijab is compulsory in Islam, must agree that their common enemy is disingenuous men who insist on telling women what to wear.” Considering all these forms of hair protest, what it really boils down to is choice, freedom to express and ownership of one’s body.

There is a certain paradox about protest hair, in that its power comes from the stigma it fights. Protest hair will only become moot when there is a complete and total rejection of the gender norms that are attached to women’s hair. And because that hasn’t happened yet, any violation of that norm becomes a statement. Until we come to that point, protest hair will live on and continue to create awareness for other societal issues that will come our way.

Next, find out how fashion and beauty contributed to breast cancer awareness.

Is The Wolf Cut The Same As The Mullet?

Expert-Approved Beauty Picks For Head To Toe & Inside Out Pampering 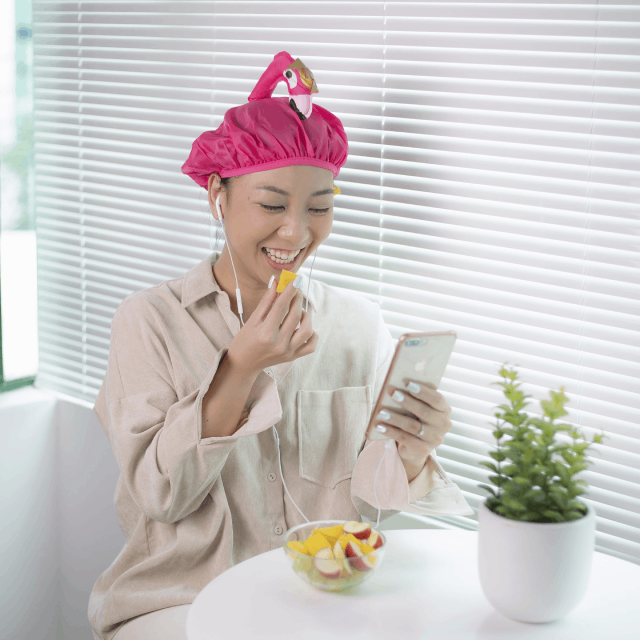 Rice Water For Hair? Here’s What You Need To Know

These Are The Best Makeup Picks Of 2021, According To Experts