What you may have missed this week

We have a couple of things to update you on this week. First things first, here's what you may have missed after dinner last night: Taylor Swift announced that she's dropping another album. But she's far from the only one who has an exciting launch. Beloved Japanese skincare brand SK-II has also released its limited-edition PITERA™️ Essence Street Art collection and Fenty Skin has given us a sneak peek ahead of its launch on Sephora Singapore. In the fashion sphere, we also have some hot drops: Love, Bonito has officially opened its ION flagship store and Skechers has launched a new collaboration with streetwear label Chinatown Market. More details below!

Taylor Swift is back with another album

Swifties, rejoice! In an unexpected turn of events, Taylor Swift has decided to drop another album; her second this year titled Evermore. It was certainly a pleasant surprise especially since she just released Folklore last July, making this her ninth studio album. Evermore, according to Taylor Swift, is the "sister record" to her previous album; it will consist of 15 tracks, but the deluxe physical edition has two bonus tracks. Can't wait for the drop? You can pre-order it here and check out the official music video for the album's feature song willow here.

Figment, a company that flips properties to co-living suites is launching another project: the Monocot House and Dicot House, two conservation shophouses (a property that serves both as a residence and commercial space) on Tembeling Road in Singapore. Both houses combined feature six bedrooms and are now perfectly suited for a comfortable co-living situation, complete with a furnished communal area on the first floor so neighbours (or rather co-residents) can hang out and mingle. You can virtually tour Monocot House here and Dicot House here.

In case you missed it, SK-II has released its limited-edition design this year just in time for the holidays. So if you're still looking for a gift for your best gal (and guy) pals, you may want to consider gifting this gem. It comes in three different designs, all inspired by edgy and fun street art. We love their super entertaining promo video featuring Ayase Haruka, Chloë Grace Moretz and Leah Dou's "global remix" of the Mariah Carey hit Fantasy — watch it above. This SK-II product is beloved by skincare enthusiasts for its ability to make skin supple and guard complexion against pre-mature ageing.

Only a few more days to go till you can shop Fenty Skin at Sephora Singapore. We spent an afternoon with Fenty Skin Global Ambassador Sean Garrette and got a sneak peek at the products that will be available soon. Spoiler alert, they're the Total Cleans’r Remove-It-All Cleanser, Fat Water Pore-Refining Toner Serum, Hydra Vizor Invisible Moisturiser Broad Spectrum SPF 30 Sunscreen, Instant Reset Overnight Recovery Gel-Cream and Fenty Skin Start’r Set. All these will be up for grabs by 26 December. Save the date and stay tuned for our review!

Love, Bonito has opened its flagship store and we're so delighted with its features. We're loving the cosy and welcoming "living room" where you can lounge while deciding what piece to take home (and maybe even take a few pictures of for Insta). We also got to check out their brand new festive collection pieces. There's more: Book-A-Stylist, Love, Bonito's stylist-on-demand service which debuted in June 2019, has been made available in all Love, Bonito stores including their flagship. How cool is that? If you can't go their stores, though, you can definitely still shop online.

Here's another fun collab that you wouldn't want to miss. Skechers has collaborated with Chinatown Market to create a collection with a DIY and whimsy feel, a great pick for anyone who loves unique streetwear pieces. The collection will include unisex hoodies, pullovers, and shirts, but the main event is a special-edition design chunky sneaker. For each purchase, customers will get a set of markers so you can add a personal touch to the apparel. The Skechers X Chinatown Market Collection is about to launch on 15 December exclusively at Skechers Jewel Changi Airport and Wisma Atria. It will also be available online on Lazada. 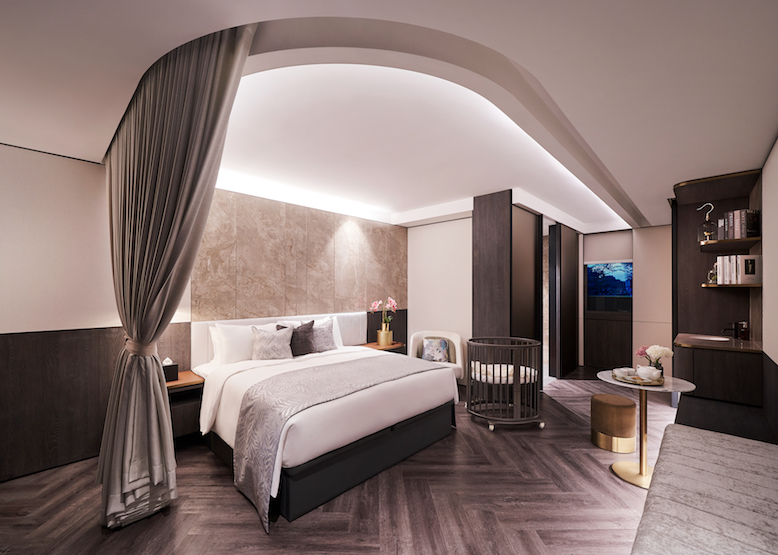 Expecting and new mummies, check this out: a luxury hotel to pamper you before and after birth. There's no denying that giving birth is exhausting, and mummies will need all the rejuvenation that they need after. Thankfully, Kai Suites, Singapore’s very first "luxury confinement hotel" that's exclusive to mothers and their newborns is now open for business. It's a one-stop facility where you'll be taken care of by specialists and experts for prenatal and postnatal education and care. Giving birth soon? Check out more info here.

Tired Of Binge Watching? Listen To These Edutaining Spotify Podcasts

Meet The New F4: The Stars Of Thailand's 'Boys Over Flowers' Remake

Is A ‘Harry Potter’ TV Series A Good Idea?