Time Out: We Tried Grow Bali Restaurant In Singapore

A taste of the world's best destination

Crowned by TripAdvisor as the World’s Best Destination 2017, Bali is also fast becoming one of Asia’s top food destination. GROW, located at the L Hotel, is the latest addition to the fiercely competitive dining scene in the upscale Seminyak district of the island; a creation of award-winning Chef Ryan Clift, a native of Wiltshire, UK, whose pedigree boasts stints with some of the world’s best chefs including Marco-Pierre White and Peter Gordon. He won fame in his own right with the establishment of Tippling Club, Ding Dong and Open Farm Community restaurants in Singapore.

GROW’s pop-up lunch in Singapore takes place at a conservation shophouse along hip-and-happening Ann Siang Road. The eclectic “Bistronomie” farm-to-table cuisine focuses on sustainable, artisanal meat and produce sourced in Bali. With the exception of the fish, all the ingredients for the occasion are flown in from the Indonesian archipelago. 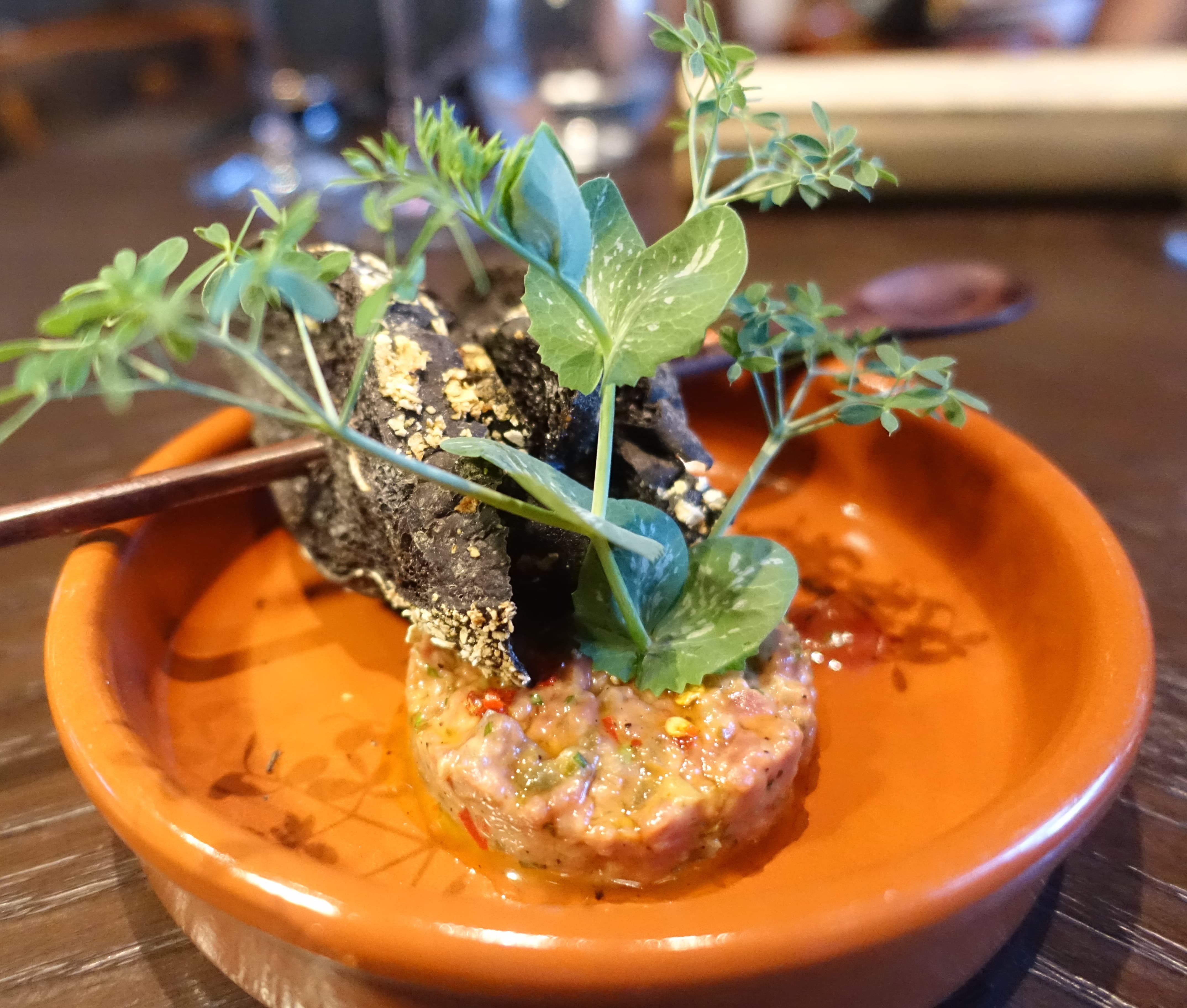 The tasting session kicks off with the Steak Tartare, artistically plated with classic condiments and confit egg. The Javanese beef ladled onto charcoal crouton is tasty; the mild chilli sauce balancing the rawness of the meat. A course well paired with the full-bodied Pikes Eastside Shiraz 2013 hailing from Claire Valley, Australia.

Next comes Chef Ryan’s favourite recipe — the Potato & Leek Soup, inspired by his mother. The creamy soup is poured tableside onto a cluster of confit potato grown in the mountains of Kintaman and garnished with a tempura of parsley from the Bedugul farmlands.

GROW’s kitchen is helmed by Chef de Cuisine Daniel Taddeo, whose Italian heritage is evident in the Bucatini Carbonara, a delish juxtaposition of egg yolk confit in truffle oil at 54°C, speck, smoked pepper and micro mustard leaves atop a bed of al dente rustic pasta handmade from local semolina. A crisp Stella Bella Chardonnay 2015 from Margaret River helps cut through the richness of the dish. 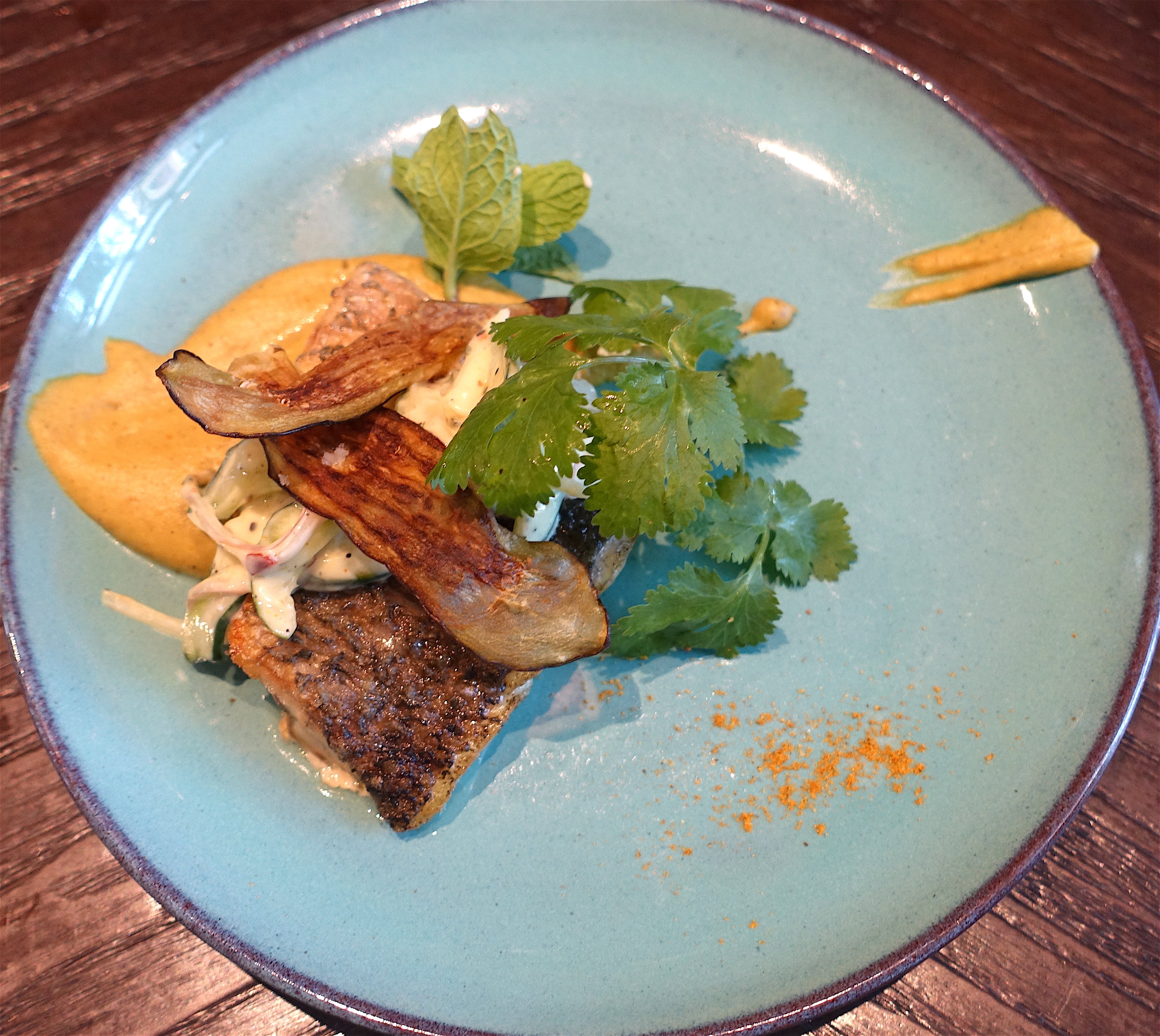 The Roasted Barramundi with smoked eggplant puree is tender, refreshed by a yogurty cucumber raita. It’s pity though that the fish skin isn't crispier. 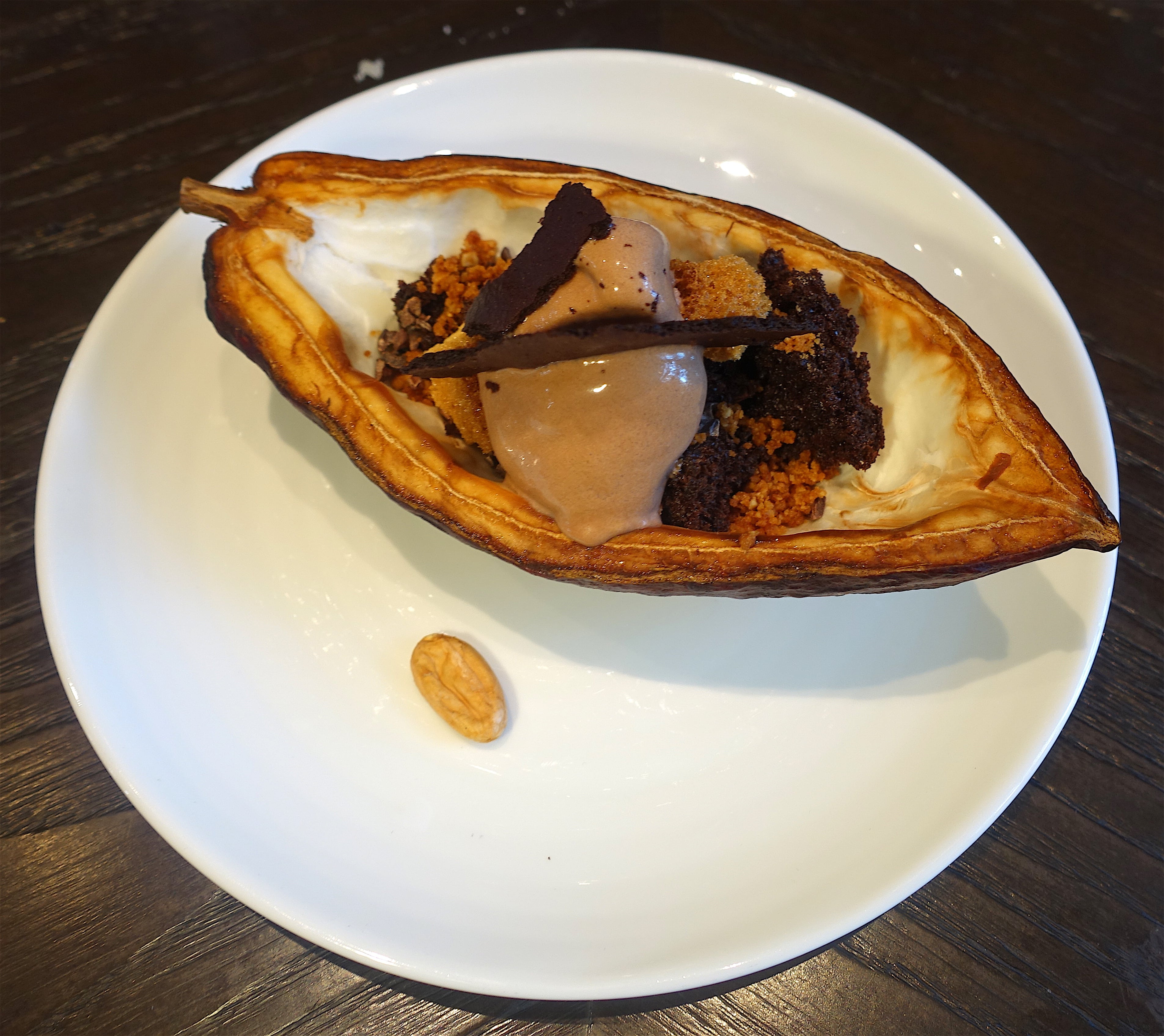 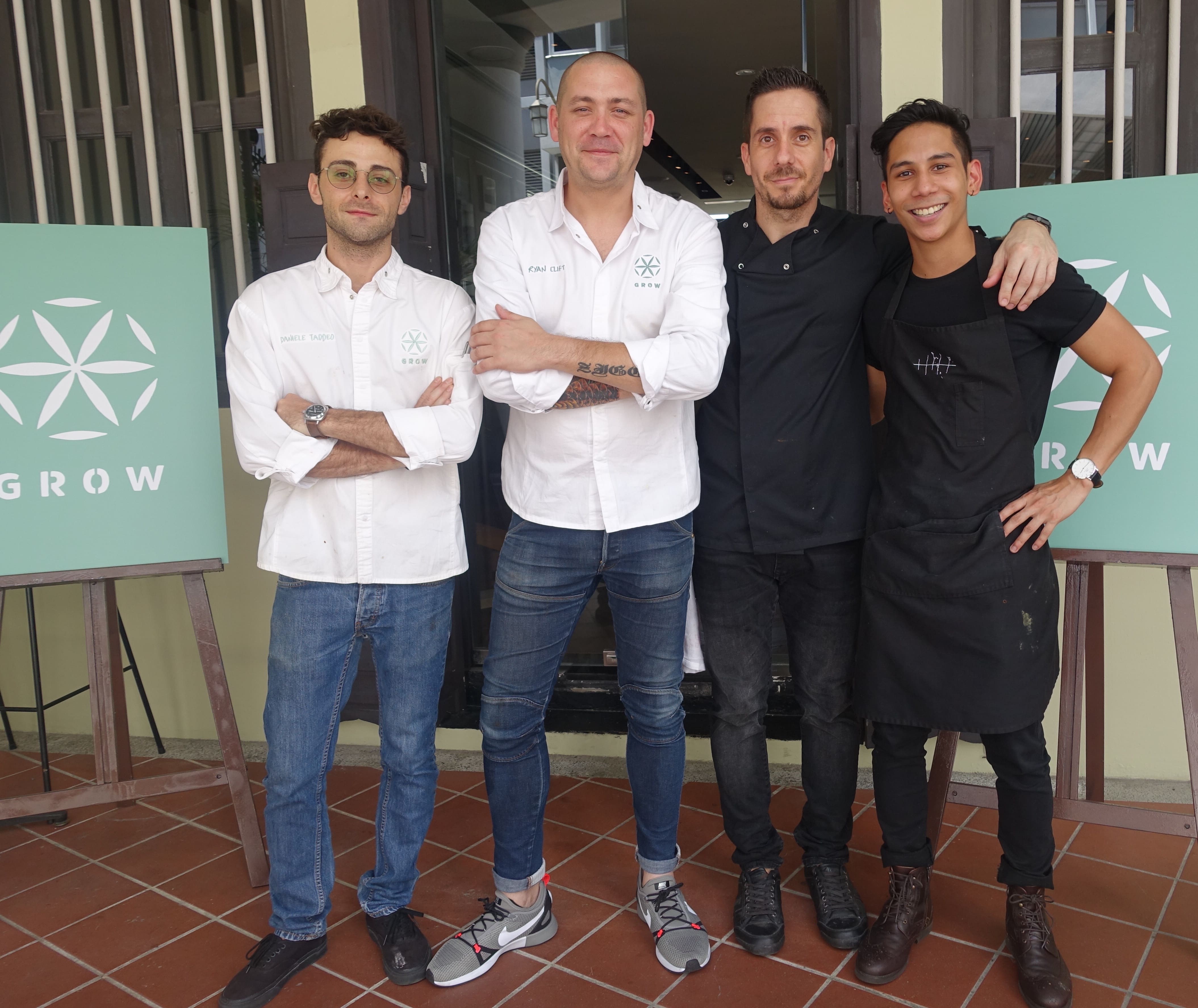 Chef Ryan and his team

GROW has just introduced a great value lunch menu: two-course for IDR150,000 and three-course for IDR180,000—all the more reason to get onto that flight to the Island of the Gods.

I Am Her: Liling Ong On Tenacity & Retaining Femininity In A Man’s World

Stop Dieting! Here’s Why You Should Do Intuitive Eating Instead