It's no surprise that after the rise of unisex or gender-neutral pieces in fashion comes a version of it in the beauty industry. Brands are riding the tide toward a more gender-neutral approach, some even deeming the traditional bilateral take on 'for men' and 'for women' products as just another pillar or consumerism that must be abolished.

But while it may be a clear-cut move to cater towards a more diverse audience, some can't help but ask if unisex beauty really is necessary. After all, why can't men just reach for women's products on the shelves and vice-versa? Is there really a difference between picks targeted for men versus women? Or is skincare truly unisex and is the label its only distinctive feature? Let's find out together, shall we?

A brief history of gender in beauty

If we look back as far as 4000 B.C. during the time of the Egyptians, makeup and skincare truly started off as gender-neutral, being a tool for both males and females to show status and please the gods. This extended to the Persians and Romans, with even their soldiers using cosmetics, adapted from Egyptian techniques, simply as a show of vanity. Early records of the use of some type of moisturisers can also be traced back through the course of history, with both men and women using eggs, honey, milk and more household items to maintain smooth and supple skin.

It wasn't until the Middle Ages that beauty became gendered (at least on a mainstream level) when Church leaders called the use of makeup and skincare as sinful and immoral. This limited its use to the extremes of either at the disposal of the upper class or those marginalised and working in the sex trade. Since then, it has been heavily associated with women, even up to its resurgence for the commonfolk's consumption in the 1900s.

What the shelves offer

It's safe to say that almost every brand nowadays include a slim range for the opposite sex often tucked at their outlets' smallest corners. But it wasn't until K-beauty started to gain traction in 2016 and more 'feminine-looking' male icons in the East rose to fame that metrosexuality — or at least awareness in men on the importance of skincare and beauty in general — became heavily accepted and embraced globally once more.

Then in late 2017 to early 2018, gender-neutral or unisex skincare (sans branding themselves as so) became the newest track in beauty, with brands like The Ordinary, Aesop, Herbivore, and the like being more ingredient-based than gender-centric. And with their success, many others followed, attaching 'unisex' at a product line's branding as if a unique selling point (USP). The latest one to join this train is Tom Ford, announcing their sleek new unisex skincare lineup just the other day.

Now that we've discovered that unisex skincare isn't exactly new or innovative, it's time to answer the longstanding question of whether or not skincare must truly be categorised by sex in the first place. Studies suggest that male and female skin varies on different levels due to hormones and general cellular composition, with males having approximately 20 per cent thicker skin than females. Collagen levels, oiliness, and susceptibility to acne are also higher for men than women. So to some extent, yes, there's a certain need to have varying skincare products for the sexes.

However, given the limitations of male-targeted skincare products, using a product labelled for the other sex shouldn't be an issue. More so, it's been proven over the years through many trends and products that emerged, whether in the field of makeup or skincare, that beauty is a bespoke experience. Some women swear by skincare and body care products targeted to men due to their increased effectivity and some men also claim to prefer women's products due to their gentleness. Either way, it's all up to preference.  So in conclusion, gendered or not, it's up to you to test products out to see what works to your advantage. After all, as they say in today's socio-political sphere, why be so attached to labels?

On the topic of skincare, find out if this serum is the anti-ageing concoction for you!

Check Out The Vibrant Picks We’re Loving This Month

Want A New Look? Try These Half Up Hairstyles From K-Dramas

Review: Is This Grape-Based Gel Moisturiser Perfect For Combination Skin? 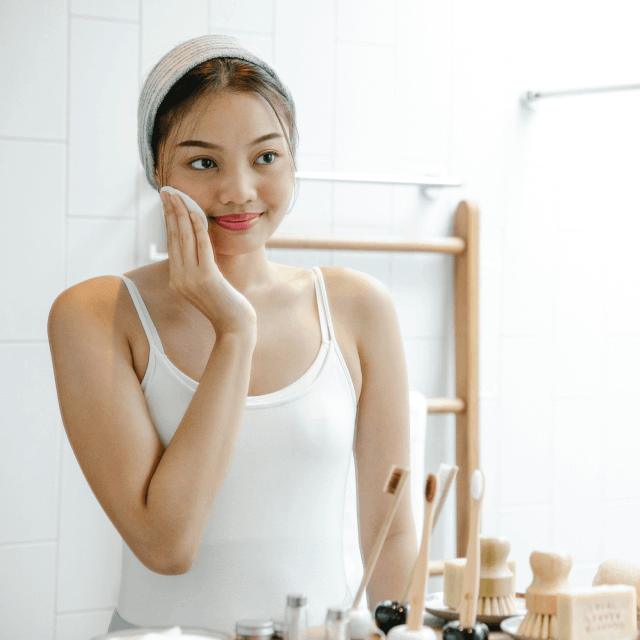 Are You Committing These 3 Pre-Ageing Skin Mistakes?